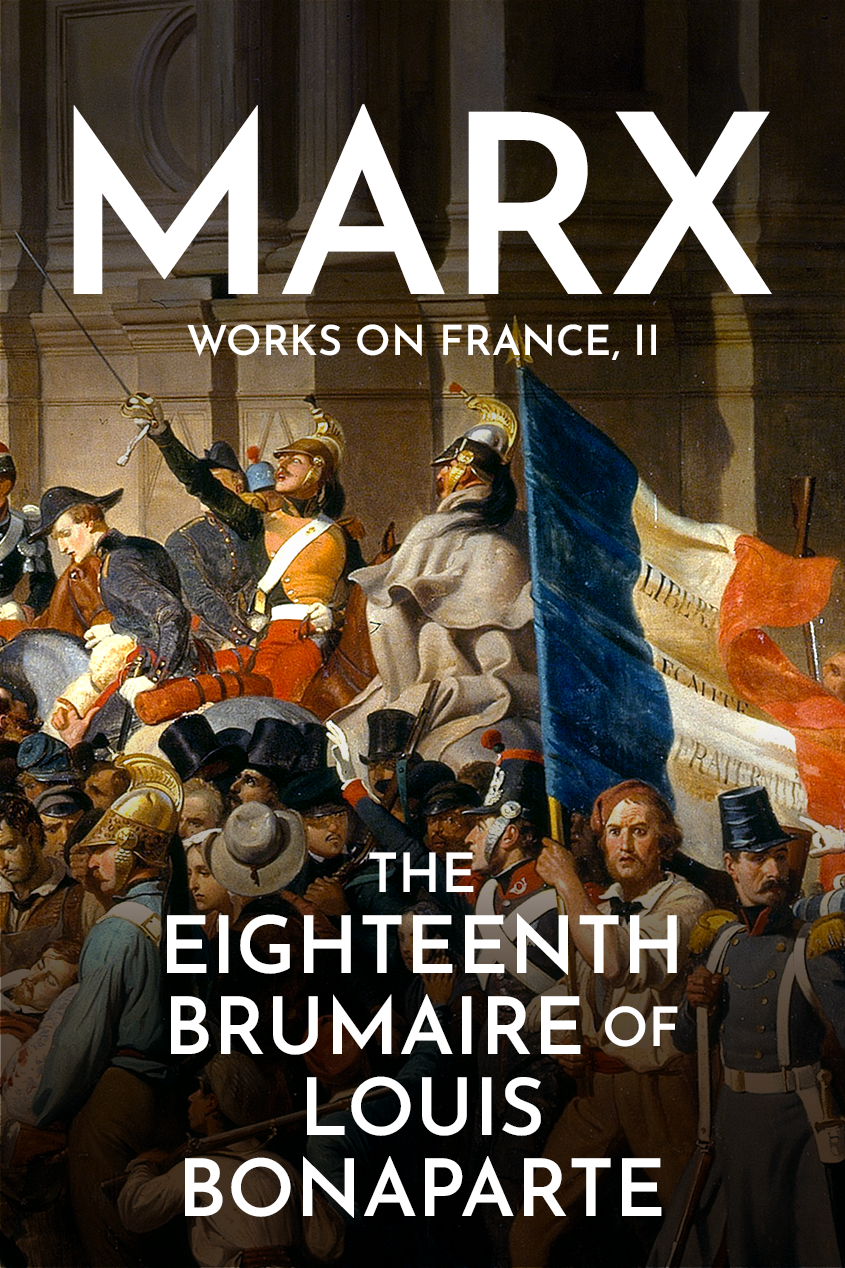 Written immediately after the fall of the Second French Republic in 1851, The Eighteenth Brumaire of Louis Bonaparte offers a cutting analysis of the French Revolution of 1848, the short life of the republic it brought into being, and the events which led to its demise at the hands of the nephew of Napoleon Bonaparte.

In his treatment of the dizzying swirl of individuals, parties and ideological trends which burst to the fore in this period, Marx places each in their class context, and draws out the powerful currents of revolution and counter-revolution under the surface of events. As a work of history, it surpasses all contemporary writers and stands a triumphant demonstration of Marx’s historical materialist method.

But it is even more valuable today as a work of theory. The full scope of the modern class struggle, the nature of the state, the limitations of reformism, the role of the individual and the theory of permanent revolution can all be found in its pages. For this reason, The Eighteenth Brumaire of Louis Bonaparte must be considered a work of genius and a true classic of Marxist theory.