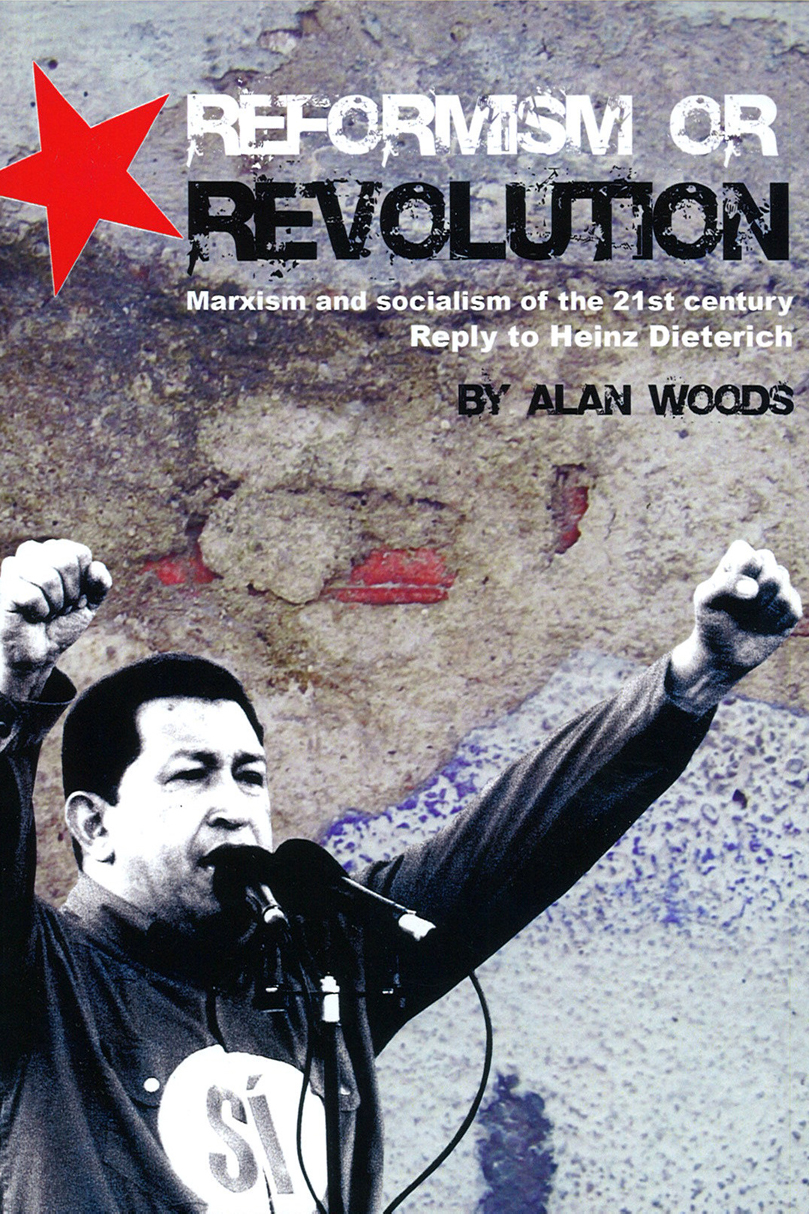 The declarations of Hugo Chavez in favor of socialism sparked an important debate in Venezuela and internationally. However, some have concluded that the “old” ideas of Marxism are no longer valid and that it is necessary to invent a completely new and original theory of “Socialism of the 21st Century.” This book is a reply to that view – expressed by Heinz Dieterich among others — and a defense of the fundamental ideas of Marxism and scientific socialism against these revisionist arguments.

Alan Woods’ new book sharply criticizes the ideas of reformist writers like Dieterich, who assert that socialism can be built simply by carrying out reforms within the confines of the capitalist system while maintaining the structures of the bourgeois state apparatus.

Reformism or Revolution explains that it is impossible to reform capitalism, that it is necessary to build the revolutionary party, mobilize the working class, dismantle the bourgeois state apparatus and nationalize the key levers of the economy.