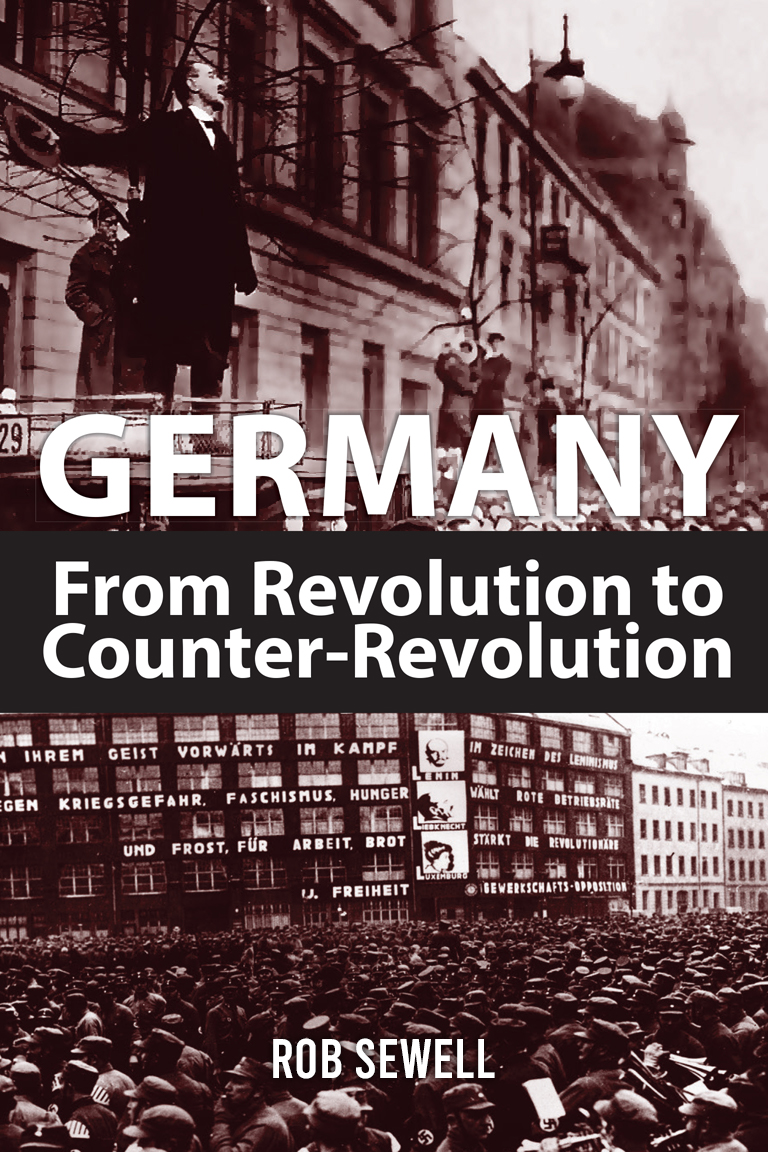 From 1918 to 1933 revolution and counter-revolution followed hot on each others’ heels. The barbarity of the Nazis is well-documented. Less well-known are the events that preceded Hitler’s rise to power.

Rob Sewell gives a picture of the tumultuous events – the 1918 revolution, the collapse of the Kaiser’s regime, the short-lived Bavarian Soviet Republic, the Kapp putsch in 1920, the French occupation of the Ruhr in 1923 and the ensuing revolutionary upheavals culminating in the abortive Hamburg uprising, finally Hitler’s rise to power in 1929-33.

Above all this book shows in the decisive and tragic role of the German workers’  leadership the answer to one of the key questions of the modern era: How was it possible for the mightiest labour movement in Europe to be trampled under the iron heel of fascism?

This edition features several new articles by Rob Sewell, including an analysis of the pre-revolutionary situation Britain faced in 1919.