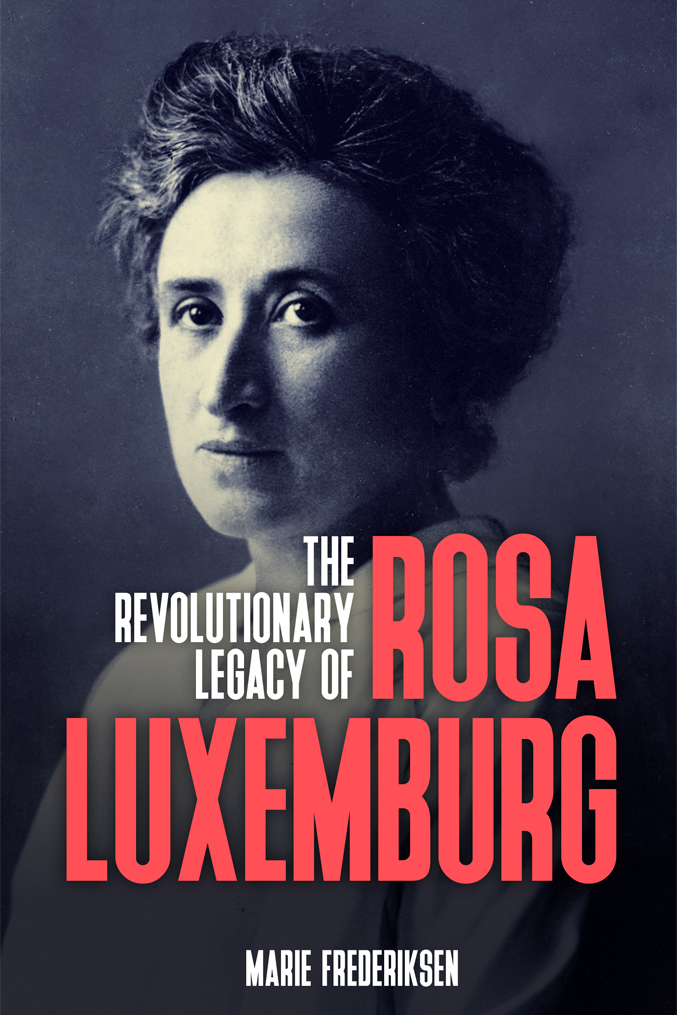 There have been many biographies of Rosa Luxemburg, but none have done justice to her revolutionary ideas. In the present much-needed work, the real Luxemburg is brought to the fore.

This great revolutionary has often been misrepresented, when not openly slandered, by bourgeois academics and the Stalinists as an opponent of the October Revolution – or as an advocate for a ‘softer’, ‘anti-authoritarian’ Marxism as against that of Lenin and the Bolsheviks. Some, among the critics of Stalinism, contributed to distort Rosa Luxemburg’s ideas by subscribing to the invention of ‘Luxemburgism’ as a set of ideas opposed to Bolshevism.

Citing extensively from Luxemburg’s own writings, this book reveals the true content of her political thought, and how it developed as the international class struggle unfolded. A class-conscious revolutionary and staunch defender of Marxist theory, Luxemburg waged a battle against revisionism, opportunism, class-collaboration national chauvinism and pacifism, always on the side of the socialist revolution.

In this book, Marie Frederiksen sets the record straight, examining Luxemburg’s ideas on the basis of what she actually wrote and her actions. This book truly reclaims Luxemburg’s revolutionary legacy.